At the end of October, Daisy and I went up to Manchester to film comedian Michael McIntyre backstage at the colossal MEN Arena. From the footage, we created 10 mini videos to post on YouTube that aimed to give Michael’s fans a real insider’s view.

The content is directly related to Michael’s upcoming DVD, Hello Wembley – which was filmed on tour. It also supports the Twitter feed and Facebook group we’ve set up for Michael. All the videos are on our YouTube channel. Enjoy! 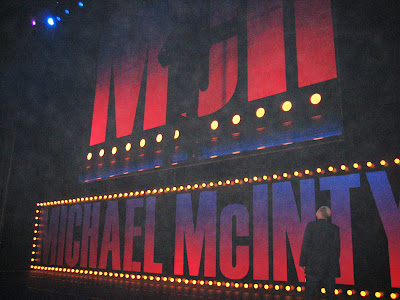